2022 was about picking up where I left off before the pandemic hit. It was also about learning to take things slow, letting some of our dreams go (for now), and appreciating the small wins in life.

At the beginning of the year, Jeremie and I went to Mexico City and Tulum to explore some of their beaches and see the majestic pyramids.

We always talked about going to Mexico but couldn’t find the right time to go. At that time, most of us were already vaccinated and borders had begun to open up in most countries. Masks were still required especially indoors and a lot of museums were closed so we explored outdoors as much as we could.

My highlights of this trip were swimming in the crystal clear cenotes, eating delicious street food, and discovering Azulik, a hidden museum in the jungle! 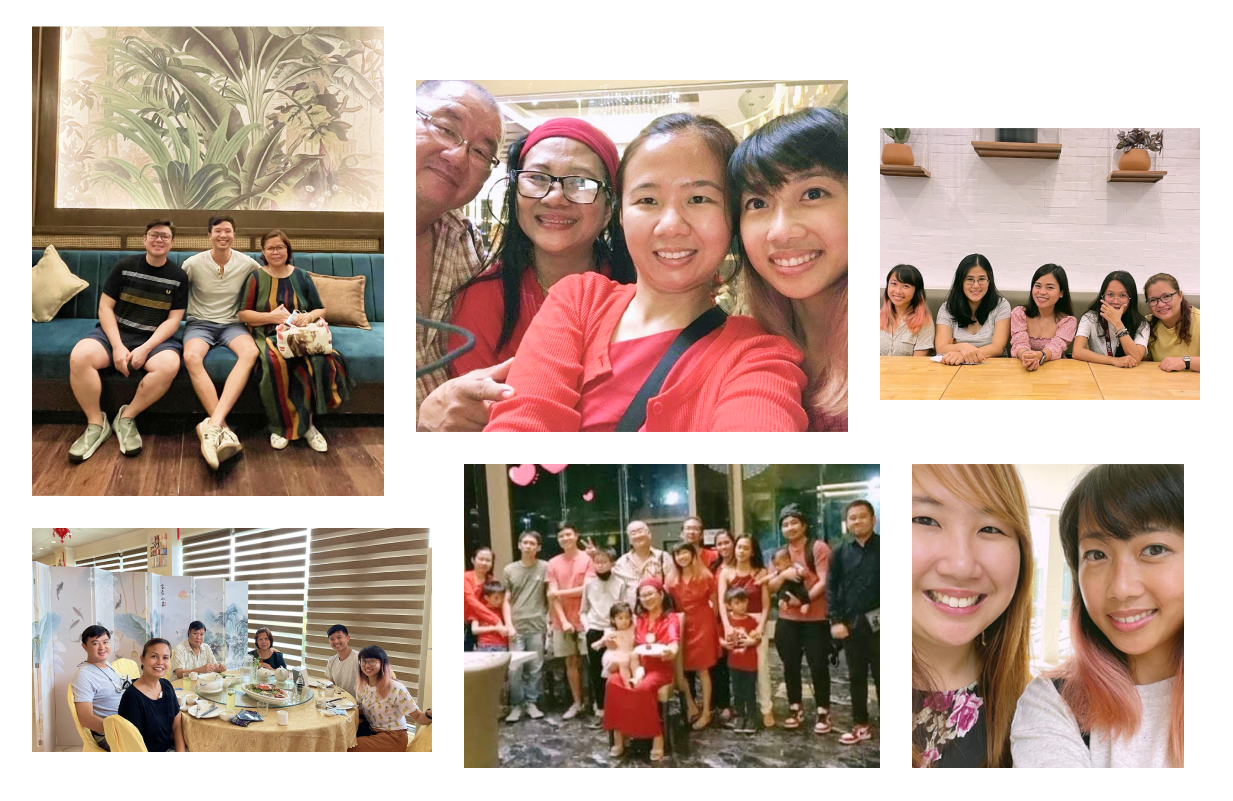 I never get tired of coming home to Cebu. It’s always a highlight of my year to see our families even though we didn’t really plan on going home in 2022.

We had talked about saving money and maybe buying a house so we can finally plant our roots. 😅 It took quite a long time to where we could say we were ready, but then certain unexpected things happened. Things that are out of our control made us realize there are more pressing matters to focus on. So for now, we are pausing our plans and just going with the flow. 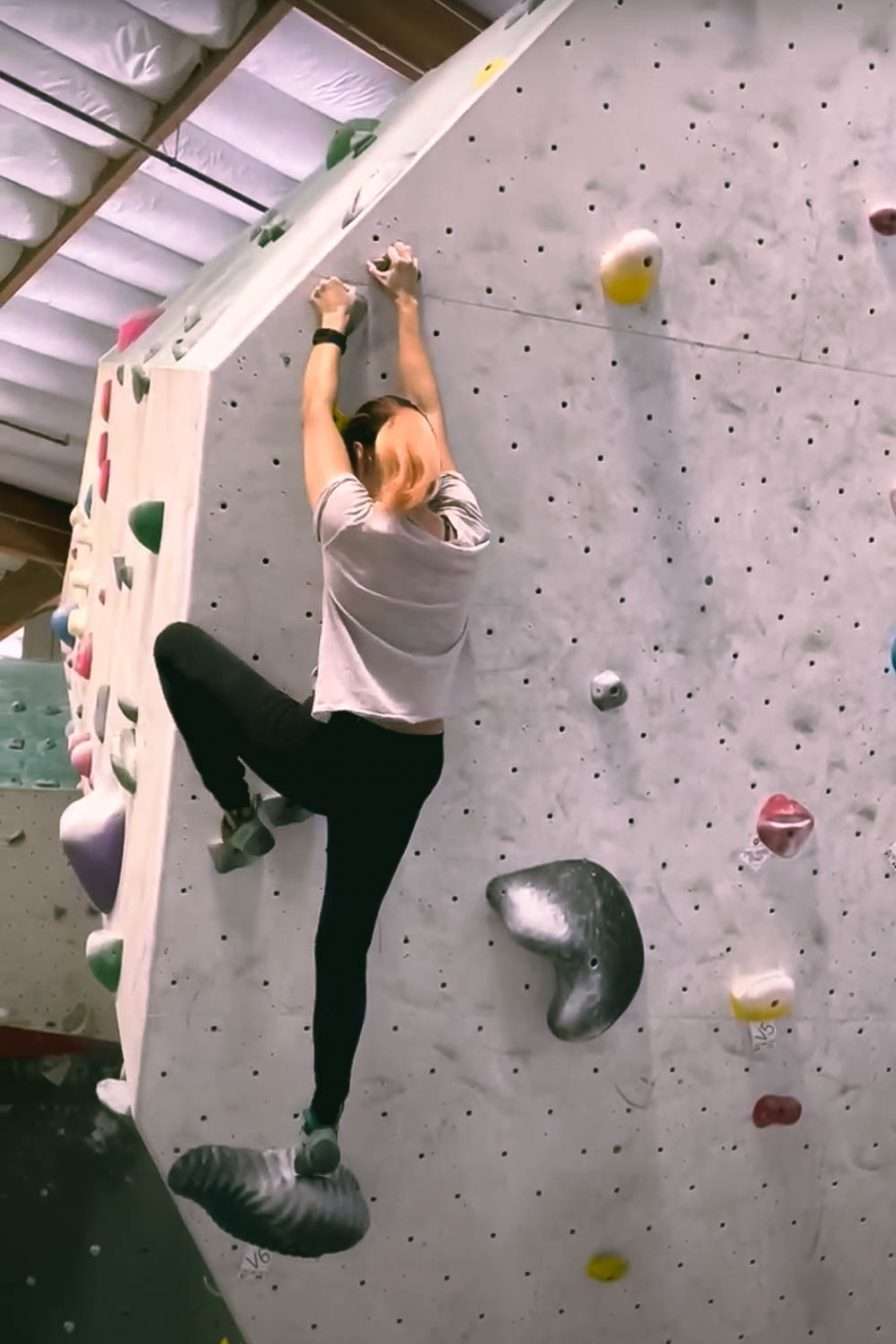 As someone who focuses more on the outcome, it took me a ridiculously, long-ass time to finally understand how to appreciate the process.

When I started climbing, I was crippled by my fear of falling. This year, I’m finally learning that falling (at least when there’s a crash pad to break my fall) isn’t so bad. I’ve also learned to appreciate the tiny progress I’ve made like being able to do a move without any hesitation or being able to push myself despite my brain telling me I couldn’t do it.

This year, I made it to v6! It took a while for me to get here compared to my peers and I can’t even do it consistently, but hey, I FINALLY FINISHED A V6!!! 🎉 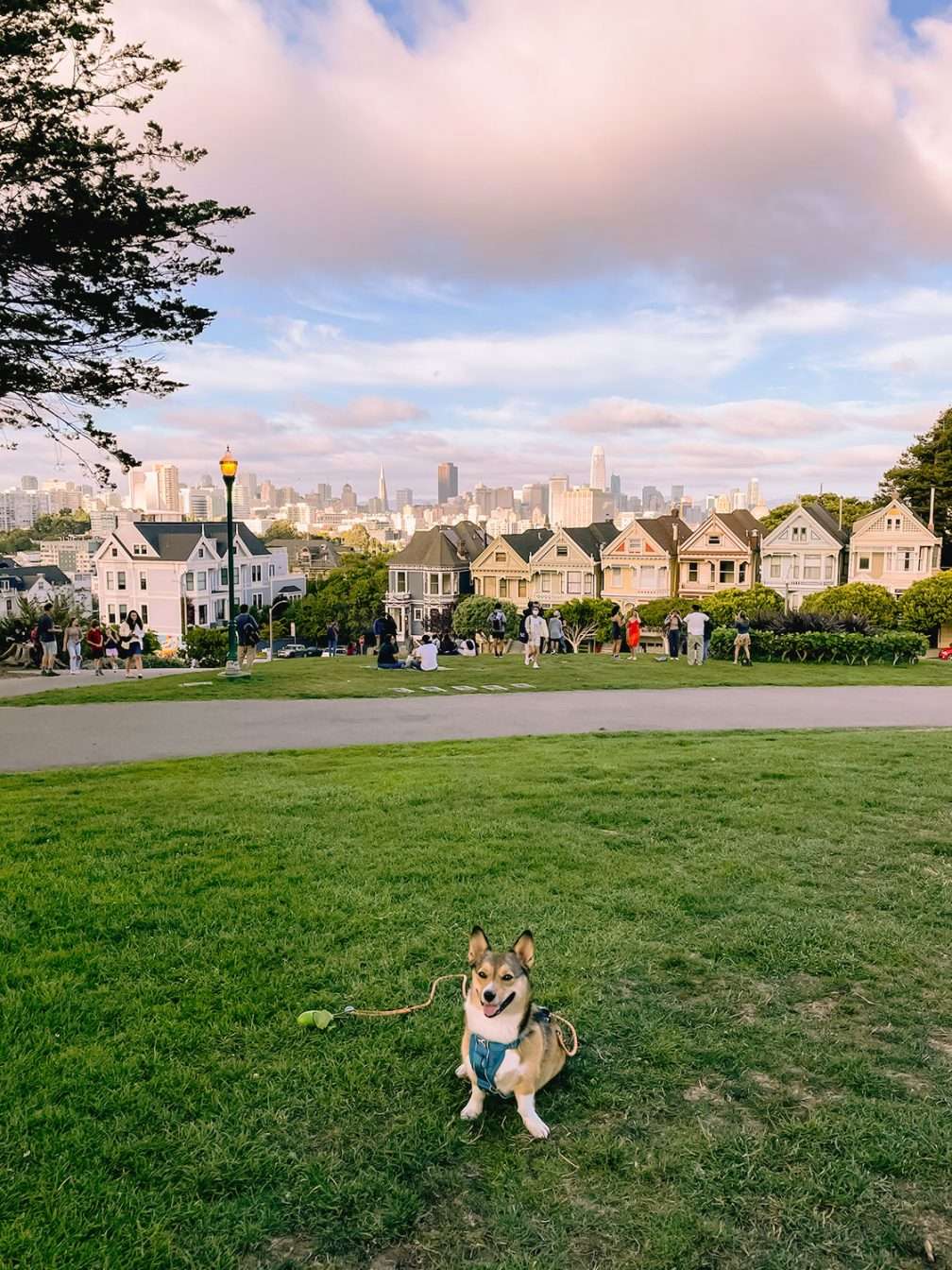 San Francisco will always have a special place in my heart. I fell in love with the city when we first moved there 7 years ago. I still dream about the amazing views and unbelievable landscapes.

So why did we move to LA? It was mostly because we wanted to try living in a new city and LA had perfect weather, bigger (and cheaper) apartments, plus unbelievably delicious food! I love LA, even though it took us almost 2 years to finally feel at home here but San Francisco will always be my favorite city in the world. 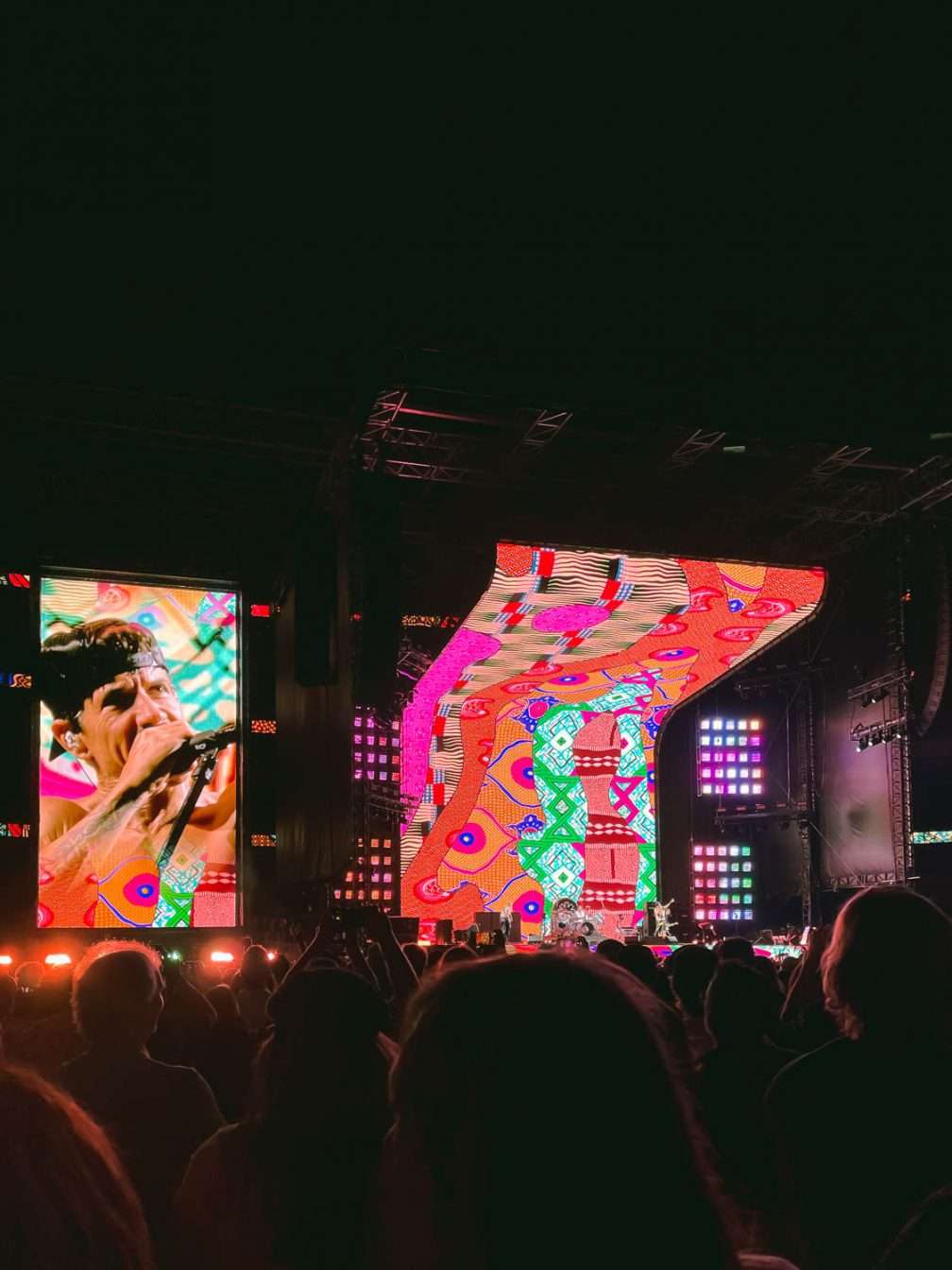 I know, I know, was it worth the risk especially since covid was still around? Honestly, I don’t know. I bought the tickets a year before as Jeremie’s birthday gift since he’s a huge fan of Red Hot Chilli Peppers.

The whole thing was nerve-racking at first, but it was also sooo refreshing being able to see a band play live after the longest time! Seriously, I got goosebumps and I’m not even that big of a fan. I was comforted by the fact that we didn’t have family here in the US so if we get infected, it’s just me and Jeremie who will get sick.

Bonus points: we tested negative a few days after the concert. Hah!

I left my full-time job in early 2020 to focus on building my own product but because of the pandemic, the original idea I was going to build no longer became feasible. And because the pandemic brought uncertainty, I went back to freelancing.

Then, I thought I would try applying for a full-time job but 💩 hit the fan and there were hiring freezes and layoffs everywhere. I’ve always believed that creativity is born from desperation so I redirected my energy to building something that matters.

At this point, I had been spending a lot of time getting to know pet parents in my community and saw an opportunity to solve a problem–how to find great places to explore with our dogs. So that was how run wild, fren started. It’s still a work in progress so stay tuned! 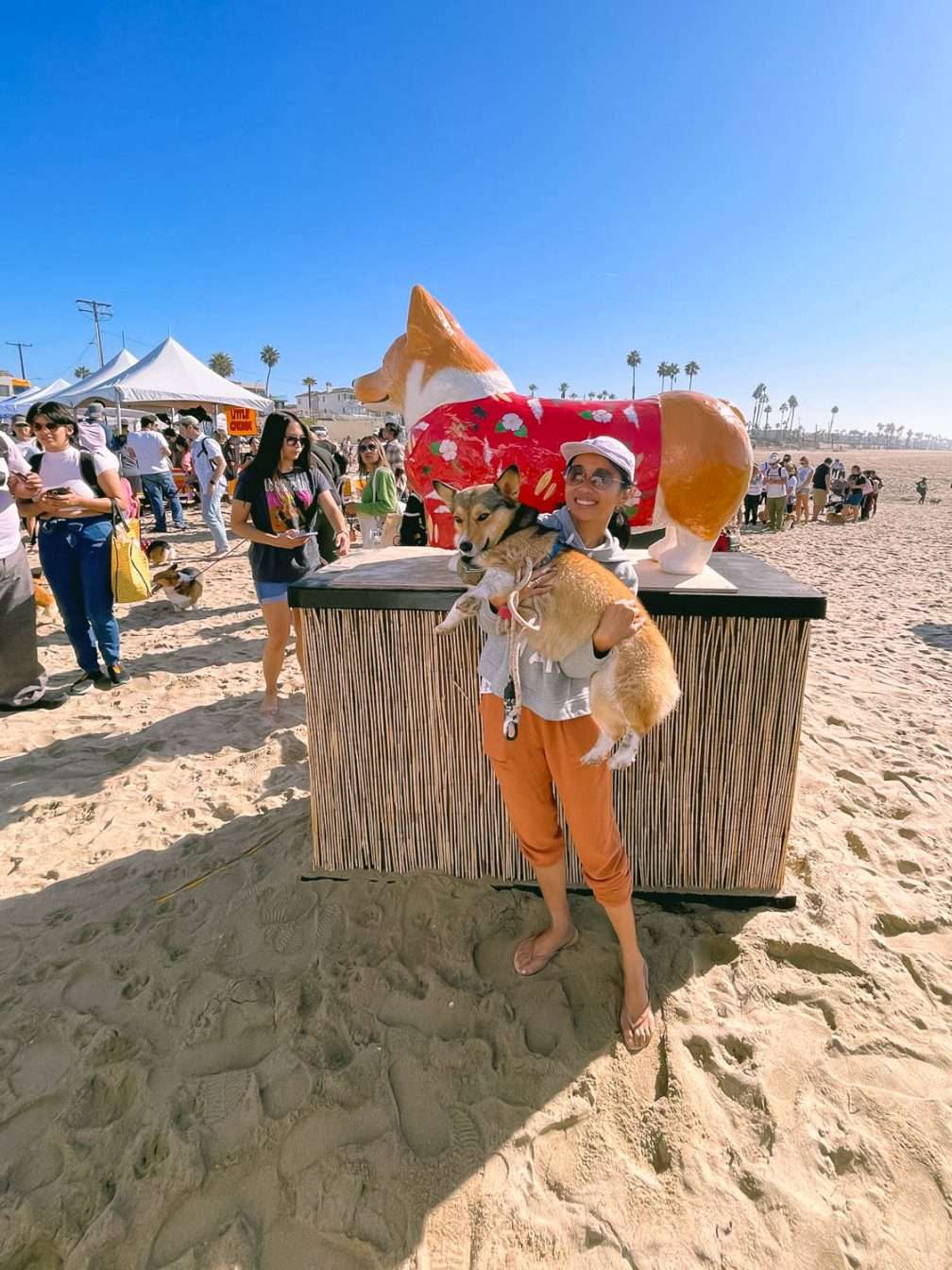 I’m a huge fan of corgis. There’s something about their short legs, loveable personalities, and goofy proportions that make me want to squish things or pinch my own cheeks!!

SoCal Corgi Beach Day was so much fun. Seeing Lil’ Chips run around with her fellow stumpy friends, hanging out at the beach, and watching hilarious little dogs herd a bigger dog was a blast. 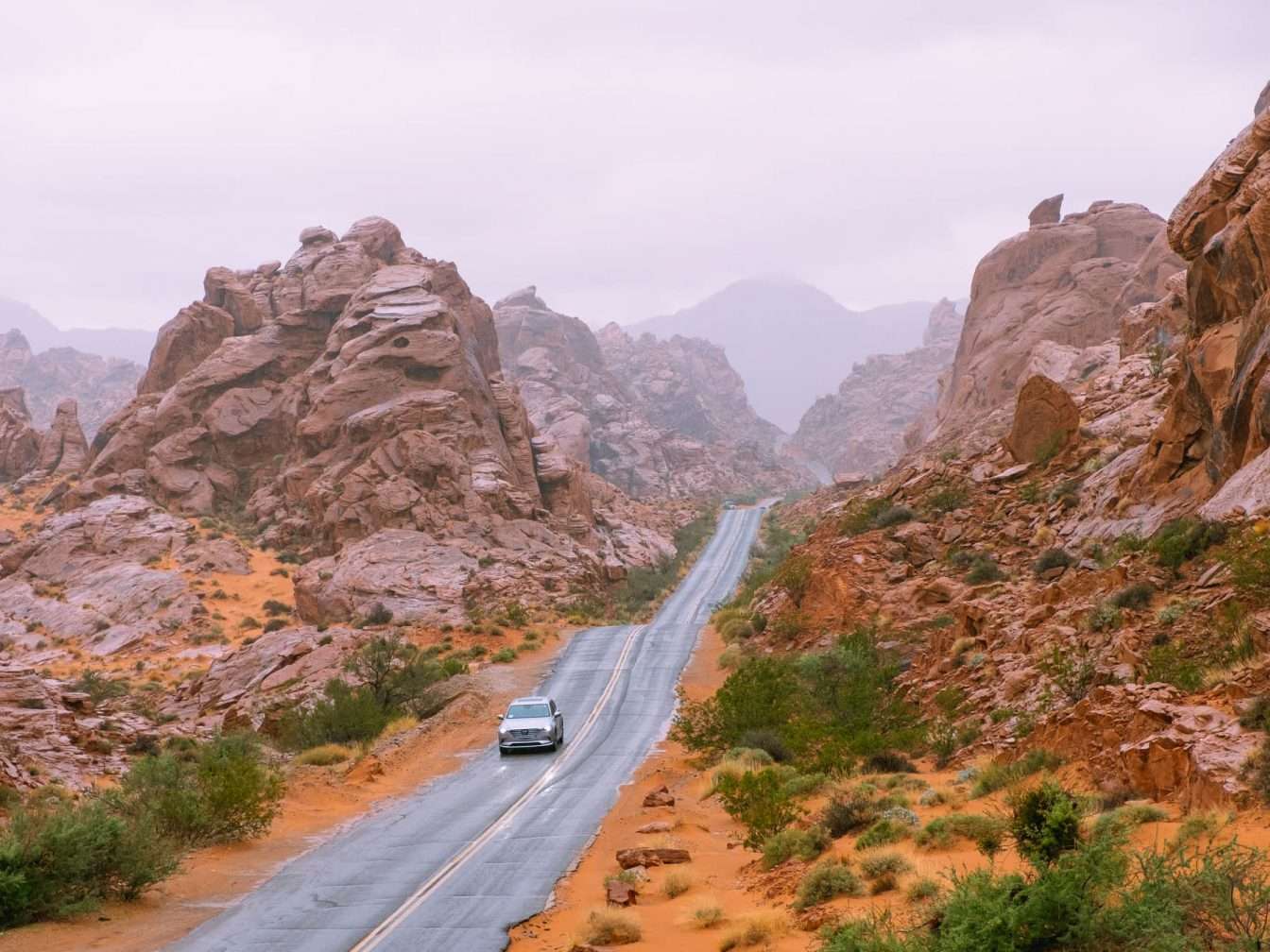 It was like being on another planet. Hiking through mounds of rock formations–orange & red contrasted with the occasional greens–was so surreal.

I’m normally not a fan of dry places but visiting the Valley of Fire, Red Rock Canyon, and other parks in the state of Nevada made me appreciate the beauty of these landscapes.

Visited my friend Kteil in Chicago 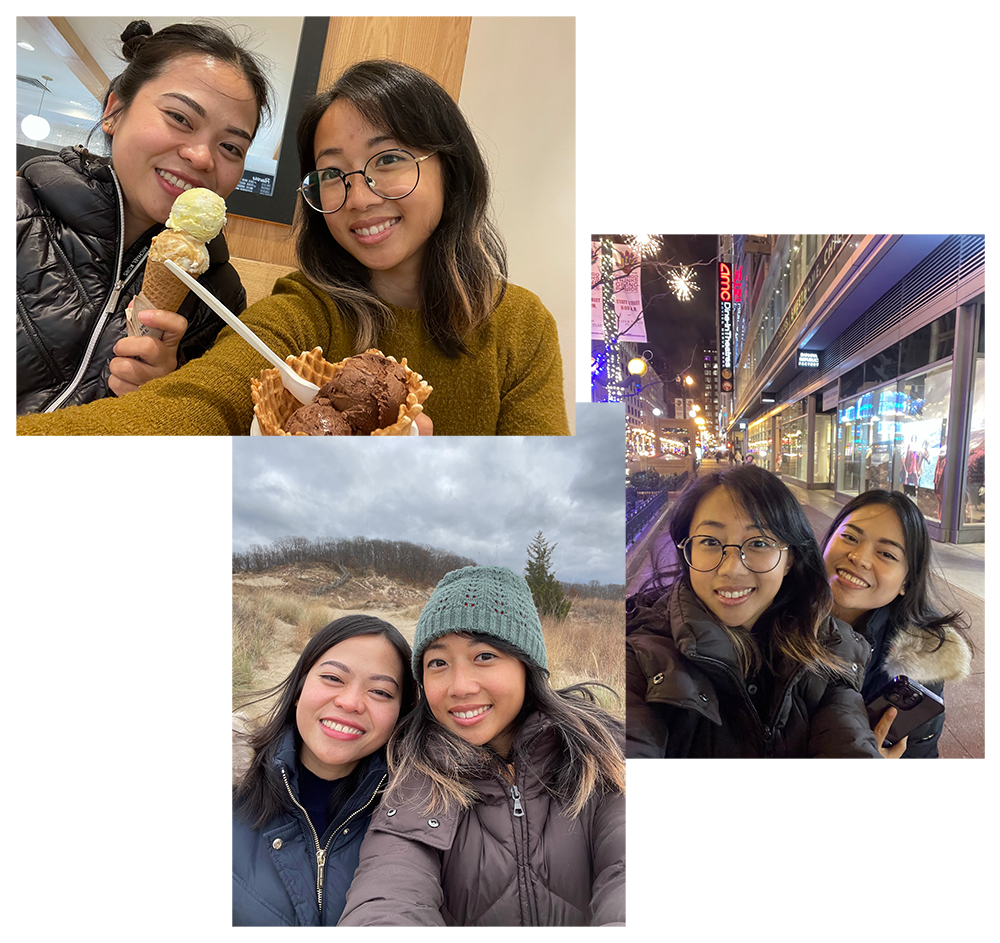 My friend Kteil moved to Chicago this year so I thought I would fly to see her in her new place. We spent many nights catching up and our days exploring.

We rented a car and drove to Indianapolis for the weekend. I’d never driven for more than 3 hours on my own so this was a first for me. 😁 Despite driving a car that felt like it was about to fall apart at any moment, we made it to Indianapolis and back to Chicago in one piece! 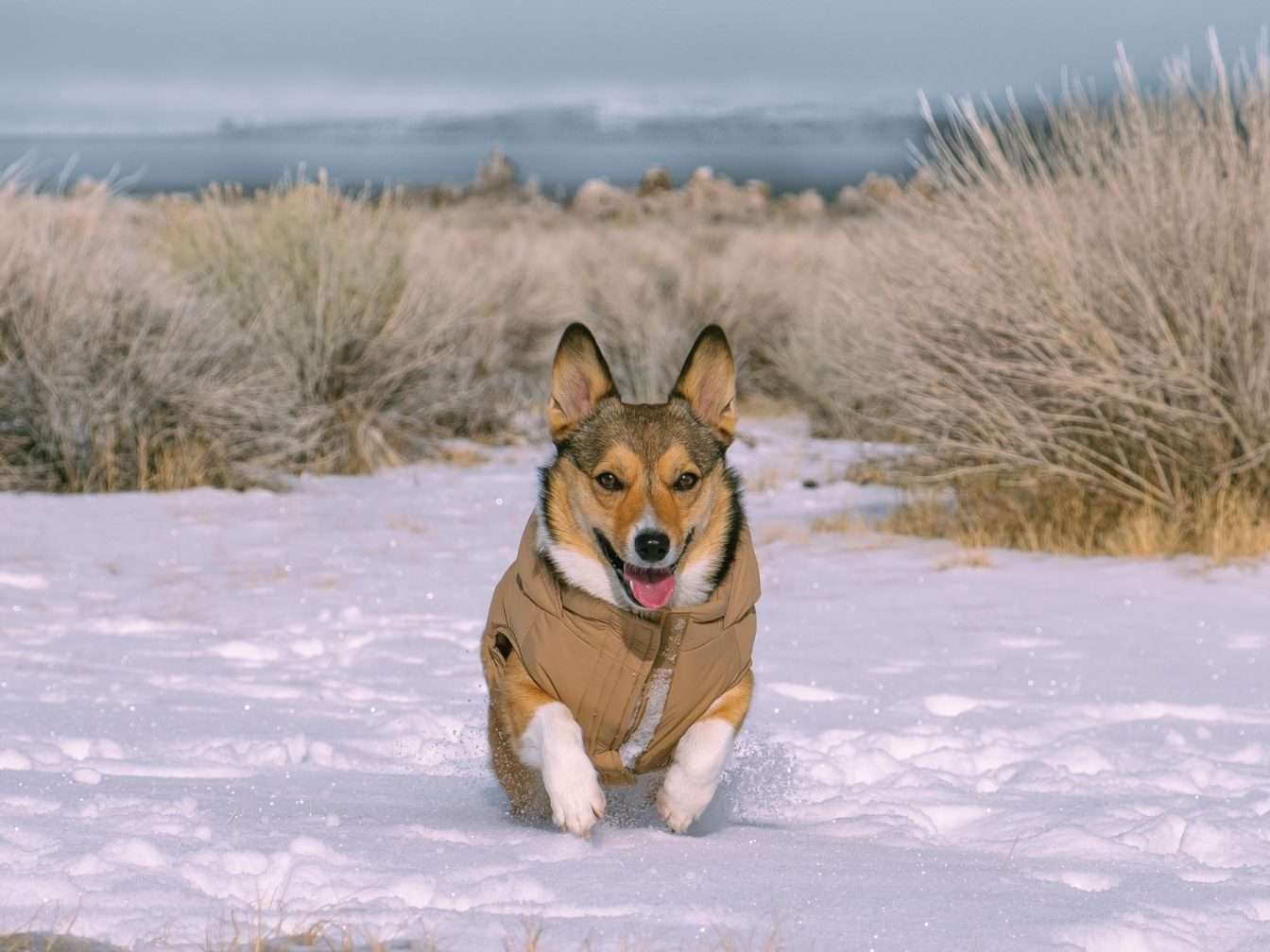 For my birthday, we drove to Mammoth Lakes (about 4-5 hours north of LA) to see snow with Lil’ Chips. If you know me and Jeremie well, you might be wondering if aliens had taken over our brains because we both are not huge fans of cold weather and snow. That may well be the case, but we wanted to see Lil’ Chips experience snow for the first time.

Despite our constant complaints, I was surprised that I did enjoy the experience this time. Driving through landscapes covered in fresh snow was magical–like being inside a snow globe. I’d never seen so much snow in my life.

Lil’ Chips also enjoyed hopping on thick layers of snow, tracking the wild animals with her nose (we saw deer and rabbit footprints), and playing with other dogs that we’d encountered.

I wrote an article about tips for traveling with your dog in winter in case anyone’s curious.

Went back to Bishop to climb boulders 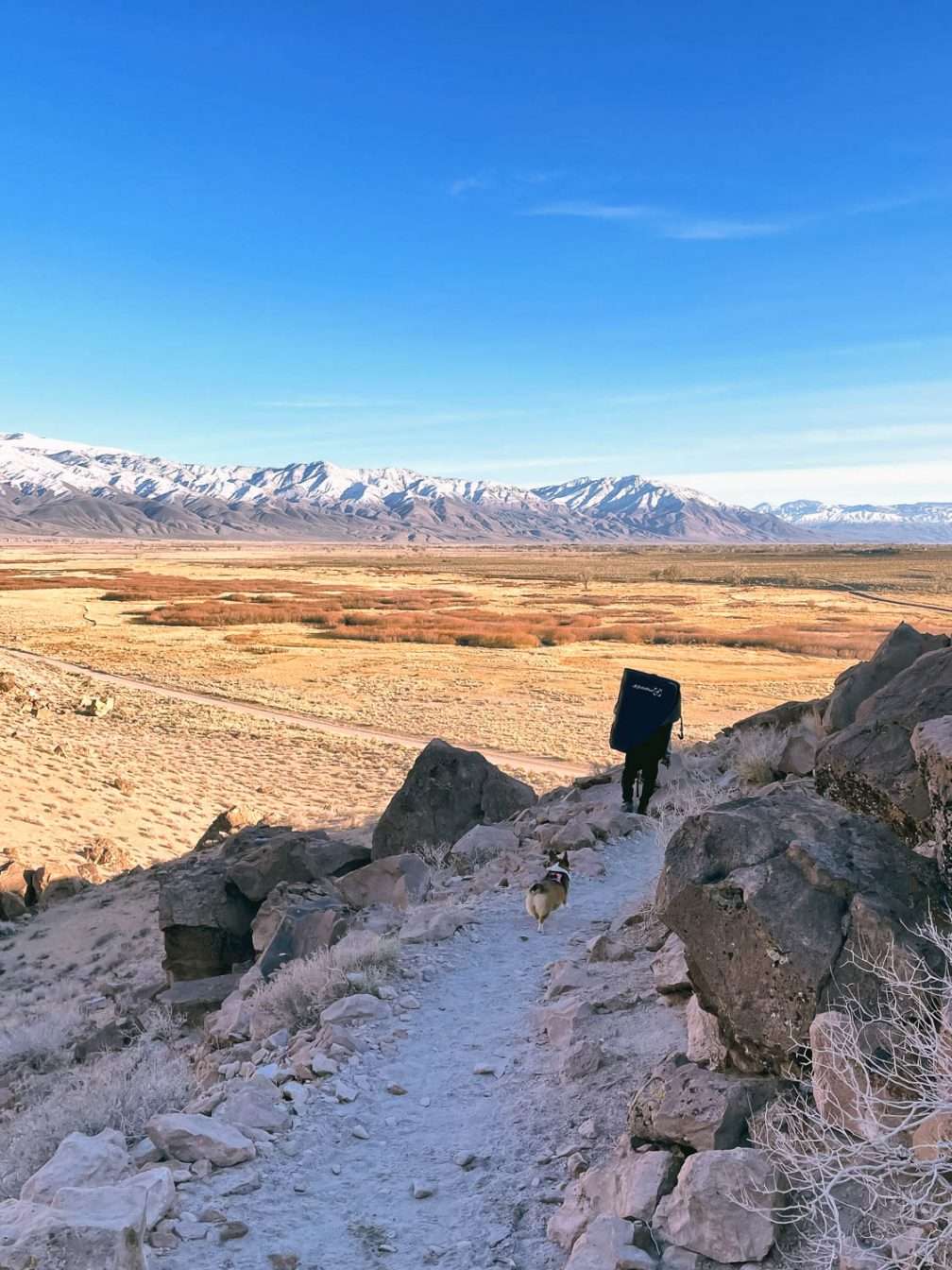 After only 2 days of playing in the snow, we decided that we wanted to go somewhere without it! lol

Bishop, a place known in the climbing community for its many fun bouldering routes came to mind as it was only an hour away from where we were staying. We’d already been there twice in the last few years so we were familiar with where to go. It was practically empty so we were able to play around with some of the problems without any pressure.

The race that almost happened 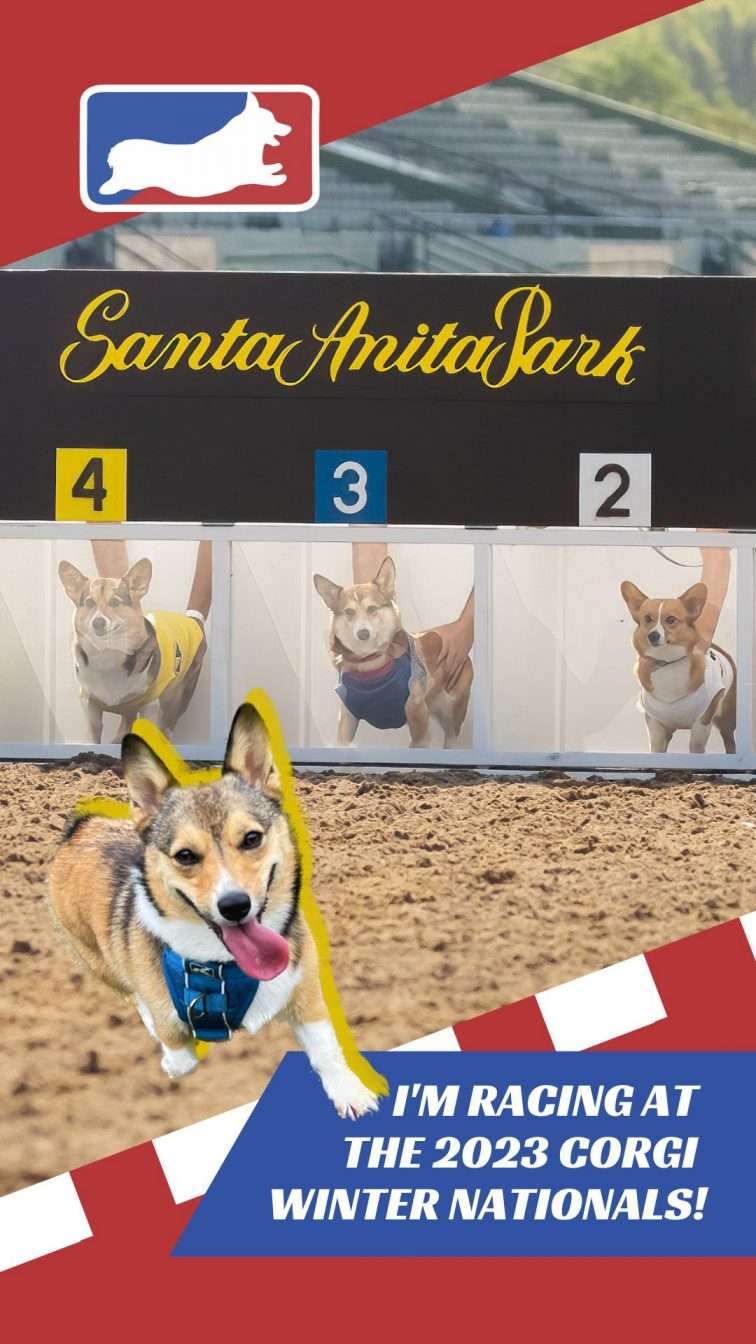 In December, I saw a post on Instagram about the annual corgi winter nationals. I showed it to Jeremie and we both laughed at how it would be funny if Lil’ Chips, who loves to run with other dogs, could get a spot at the race! He insisted that we try to apply for a spot but I told him I didn’t want to because I didn’t want to compete (the middle child in me still has issues to resolve). Besides, it was known that getting a spot was almost impossible because of all the people who want to participate.

After several days of having the idea simmer in my brain, I finally applied for a spot thinking we’ll never get in anyway so why not just do it as a joke? Well, a couple of weeks later, I got an email that we were in! 🤣 Out of 700+ people who applied, we won the lottery and got a coveted spot. We were so excited and looked forward to the race on Jan 1!

Unfortunately, LA decided to rain non-stop for several days and the race had to be postponed. Boo! By then, we won’t be in town so no race for us. It wasn’t meant to be. Maybe next time.

Hey friend! What did you think of this story? Let's talk below... 😊

Loved reading every moments, Mel. 2023 will definitely be a productive and meaningful year for you.

Thanks, @Jet! I hope so for all of us. 😊 No matter what happens, just keep improving. That's all we can do.

Congratulations on all of your accomplishments Melody! I love to see it. Thank you for sharing. Inspiring. Great and just the right amount of content. Galing mo naman! (I hope I spelled that right😁)❤️

@Mary, thank you for the love! I really appreciate it. 2022 was quite humbling. Happy New Year, friend! 🎉